There’s promising news this week about new ways to move around Encinitas! One of my favorite parts of being your mayor is helping to guide us toward a more diverse, healthier and efficient transportation infrastructure – a system that will have a positive, lasting effect on our lives.

I’m thrilled that the San Elijo Joint Powers Authority (also known as the Cardiff wastewater district) has reached an agreement with Caltrans for the construction of a pedestrian and bike trail connecting Birmingham Drive to Manchester Avenue through the wastewater district and other portions of public right of way (see photo above).

This bike path is off-the-road, and it’s a perfect example of a project that took lots of energy and will from many to negotiate. Some projects are harder than others to accomplish. And after months of negotiation I’d definitely say this one was on the more difficult side. Congratulations to everyone who helped make this local mobility dream into reality! Construction is set for 2019.

Although you can’t tell from the picture, the freeway widening project also includes a bike path adjacent to the freeway so longer-distance commuters have a direct path to the north and south.

This week, together with Solana Beach Mayor David Zito (seen at left in photo above), I co-hosted a “community conversation” organized by SANDAG to solicit feedback on the principles that will underlie the upcoming Regional Transportation Plan. This document will lay out transportation planning in the county until 2050.

You can participate in the conversation via this short survey which asks us to choose between really interesting trade-offs in the effort to see transportation improvements. It’s a pretty absorbing survey, actually. For more information about the regional plan, click here.

The pedestrian/bike bridge over the outlet of Rossini Creek in Cardiff was installed this week. It’s an important part of the Cardiff Rail Trail, and will be open to all of us soon.

Anyone who enjoyed playing with toy cars and erector sets as a kid might appreciate these photos of the bridge being lowered into place!

Last week, I was honored to recognize Encinitas’ 30-year Sister City relationship with Amakusa, Japan, by presenting them with a gift from our city – two clocks affixed to a piece of driftwood, together showing the time in each of our cities.

In my remarks to the mayor of Amakusa, I observed that while we elected officials spend our time thinking about zoning codes and public safety, the residents of our respective cities experience their cities through our community events, beautiful coastal amenities such as the beaches and relationships with other people.

There’s simply no equivalent for the person-to-person diplomacy that comes from people knowing and interacting with those of other cultures. These opportunities give us the chance to experience the differences in our human experience, as well as the many values we share.

Visiting the people of Amakusa on behalf of all Encinitas residents was a truly memorable experience. I joined the original Encinitas Mayor Rick Shea, who founded the program in 1988, and Jim Curl, the co-founder of the Sister City program.

The Japanese newspaper (seen above in the middle photo) covered my remarks and the event. If anyone receiving this newsletter reads Japanese, I’d be interested to know what it says!

When I asked the Amakusa mayor what his most pressing issue is, he told me through a translator that it’s the damage from storms and sea level rise from climate change. I shared that the issue I spend the most time on in our city is housing. And he shared that in Amakusa they don’t have a homeless problem. A notable difference is that they have a declining population, while ours is obviously increasing.

The current Sister City exchange involves students from each country staying with host families every other year. The Encinitas Library and the Sister City committee annually host a tremendously popular Japan Festival. 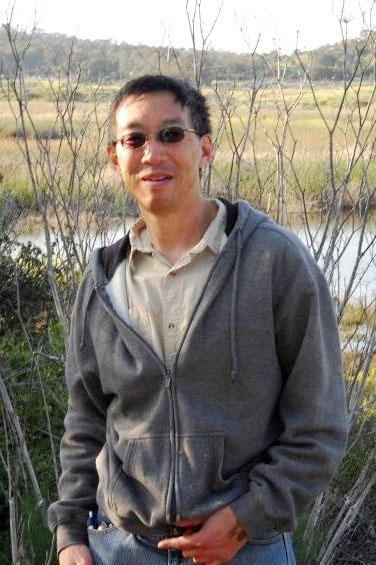 One of the things I love about our Environmental Commission is their consistently good (and practical) ideas for making our city greener. Commissioner Jim Wang (pictured) deserves particular recognition.

This Coast News article showcases some good ideas headed our way, plus the award winners from the fourth annual Environmental Awards.

I want us to avoid moving into a stage of “analysis paralysis” when it comes to our city policy related to the percentage of units built for lower-income residents in any housing development. The right path toward achieving more affordable units is honestly elusive, with a tremendous variety of opinions.

This Encinitas Advocate story highlights our discussion at the last council meeting about what’s called the “inclusionary ordinance.”

Get your free Catherine yard sign, then recycle it!

GOODONYA Organic Eatery owner Kris Buchanan (at right, above) invites you to recycle your Catherine yard sign there after Election Day. You could end up with dinner for two!

It’s not too late to get your free Re-Elect Mayor Blakespear yard sign delivered. And after the election, you’re invited to recycle your sign at GOODONYA Organic Eatery, where you’ll be in the running to win an organic dinner for you and a guest, either with or without me, at your option! More details coming in next week’s newsletter…

Also, here’s a cool way to help get more people to vote this Election Day. Send a letter to an unlikely voter about why you vote. This apparently makes a big difference in another’s decision to participate in our democracy. Turnout increases when they know why you vote. Details are at Vote Forward.

Election Day is Tuesday, November 6! This is a big one, and here’s a short list of my recommended ballot choices. If you haven’t donated yet, please consider supporting my re-election with a donation here. Thank you to all those who have donated. I am grateful every day!

And finally, I hope you and your family have a safe and     scary Halloween! A great way to spend the evening is at the 17th Annual Safe Trick-or-Treat event downtown, presented by the Encinitas 101 MainStreet Association.